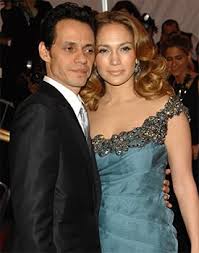 Let me start by saying that I am shocked by how many people become so consumed by these Hollywood stories. People get divorced every day! In fact 50% of married couples get divorced. And that number increases based on the number of times one has been married. Jennifer Lopez is on her third marriage. 74% percent of third marriages fail. So odds are this relationship was never going to work.

Many of you that followed this story have heard a million versions of why the marriage failed. And I am quite sure you have all selected one story to believe and run with. Perhaps Jennifer did pick her career over her marriage. Or perhaps this was a result of jealousy and constant fighting. In many marriages it is difficult to pinpoint the one specific thing that pushed the couple over the edge. Sources say they tried counseling and worked hard to salvage their marriage. But at the end of the day this couple has accepted that the marriage failed and they have made their decision.

Why is it seen as such a tragedy when a couple gets divorced? In almost all cases the couple was unhappy. They demonstrate a tremendous amount of courage in being able to walk away. Especially when you share a home, finances, children, etc…I understand it is a tremendous burden on the children. But I completely believe that it is a bigger burden on the children to grow up in a home where the parents show no love, fight and are continually miserable. If the marriage is beyond repair and counseling has been exhausted then it should be a time of celebration. When two people can accept that they can no longer be happy together and make a choice to set each other free it is not exactly a tragedy.

I happen to have some firsthand experience in this department. My first marriage ended when my son was just over a year old. I was devastated on the outside but down deep I was very excited to start my new life. My son is now almost 12 years old and still says that going back and forth between parents isn’t easy. But the alternative was his father and I living together in an empty, loveless marriage. We tried counseling and worked hard but the day came that he said he was leaving. I knew it was inevitable. My ex-husband and I are both remarried and are now able to model what healthy loving relationships should look like. My son is growing up to be a compassionate, creative and wonderful young man.

I also have a four year old son with my current husband. I admit life is a little easier. There is no shared custody, no having to divide up holidays and no having to ask permission to adjust the schedule. But the real part that makes it easier is that I am married to man that I adore. We are not arguing all of the time, we like to see each other at the end of the day and we are truly in love!

I realize this is my second marriage and according to statistics there is a 67% chance that this one will end in divorce too. But let me tell you how I will beat these odds! When my first marriage ended I worked hard to understand what I did to contribute to the divorce. Although initially I blamed him, I eventually used the experience as a way to grow and improve the person that I was. I made mistakes and did not waste energy feeling guilty about them. I experienced my loss and disappointment and became a stronger and better person for the experience. Nothing in life in guaranteed but I am happy with myself, my marriage and my life! If you can’t say the same then I highly suggest it is time to address whatever is making you unhappy! Because everyone deserves to experience happiness!